TEHRAN, Jan 29 - Australia’s TPG Telecom Ltd on Tuesday said it had halted construction of its mobile telephone network because it relied on Huawei Technologies Co Ltd equipment that has been banned by Australia’s government on security grounds. 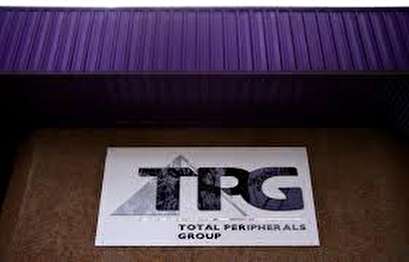 TEHRAN, Young Journalists Club (YJC) -The nascent network is the first commercial casualty in Australia of the ban announced in August and comes as Western powers restrict market access to Huawei over allegations - which it denies - that China could use its equipment for espionage.

The world’s biggest telecoms equipment maker has been under siege since the arrest of its chief financial officer, Meng Wanzhou, in Canada last December. The U.S. Justice Department on Monday accused the company of bank fraud and conspiring to steal trade secrets from T-Mobile US Inc.

Broadband internet provider TPG in a statement said it chose Huawei as a supplier because it offered a simple upgrade path from the fourth-generation (4G) network under construction to 5G.

“In light of the government’s announcement in late August 2018 that it would prohibit the use of Huawei equipment in 5G networks, that upgrade path has now been blocked,” TPG said. “It does not make commercial sense to invest further shareholder funds.”

TPG said it made the decision now because the project had reached a point where it would have had to place new orders. It did not elaborate on the fate of the completed part of the network but said it does not expect any impact on 2019 earnings guidance.

“The Australian government’s 5G ban on Huawei will lead to reduced competition and higher prices for Australian consumers and business,” the Chinese firm said in an emailed statement.

TPG shares hit a six-week peak following its announcement. The cancellation has cost it A$100 million ($72 million) but is widely seen as eliminating duplication under the A$15 billion merger it has agreed with the Australian arm of Britain’s Vodafone Group PLC.

Vodafone uses Huawei’s 4G equipment in Australia but will not use Huawei in its planned 5G network. Reduced competition among equipment suppliers will have “a financial impact” on those plans, a spokeswoman said.

TPG’s announcement also buoyed shares elsewhere in the sector, with those of Telstra Corp Ltd rising five percent to a three-month high as investors expected relief from profit-margin pressure in the price-competitive sector. The broader market was down 0.7 percent.

“You take one network out and then, obviously, in the end, for customers you’ve got less choice,” said independent telecoms analyst Paul Budde. “This will be a relief for Telstra and others.”