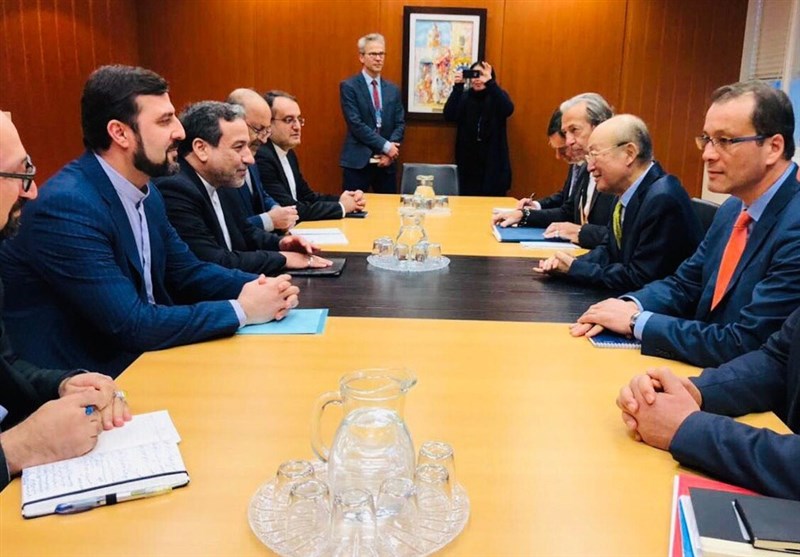 TEHRAN, Young Journalists Club (YJC) - Iran’s Deputy Foreign Minister Abbas Araqchi held a meeting with IAEA Director-General Yukiya Amano in Vienna on Monday, during a tour of Europe that will take him later to Slovakia and Bulgaria.

In the gathering, the two officials discussed the latest developments surrounding Iran-IAEA cooperation, including the UN agency’s verification of Iran’s commitment to the Joint Comprehensive Plan of Action (JCPOA).

Araqchi insisted that the IAEA should deal with Iran’s case in a professional and impartial manner like it did in the past three years, stressing that the UN nuclear watchdog should protect its independence in the face of destructive external pressures.

The Iranian diplomat further reminded the European Union of its “historical duty” to guarantee Iran’s interests under the JCPOA and to restore the balance between the nuclear deal’s costs and advantages for Iran, saying, “Otherwise, there will be no reason for the Islamic Republic of Iran to keep honoring its commitments.”

For his part, Amano expressed satisfaction with the status of cooperation between Iran and the IAEA in the course of implementing the JCPOA.

The IAEA is responsible for monitoring Iran’s nuclear activities as per the nuclear deal and should also help Iran develop its nuclear energy program.

In May 2018, US President Donald Trump pulled his country out of the JCPOA, which was achieved in Vienna in 2015 after years of negotiations among Iran and the Group 5+1 (Russia, China, the US, Britain, France and Germany).

Since the historic deal was signed in Vienna, the IAEA has confirmed the Islamic Republic’s compliance with its commitments in 13 successive reports.