Corruption seen rising in US under Trump: Report

TEHRAN, Jan 29 - The United States is becoming more corrupt under President Donald Trump as America’s system of checks and balances and its ethical norms faces growing threats by the White House, according to a global corruption watchdog. 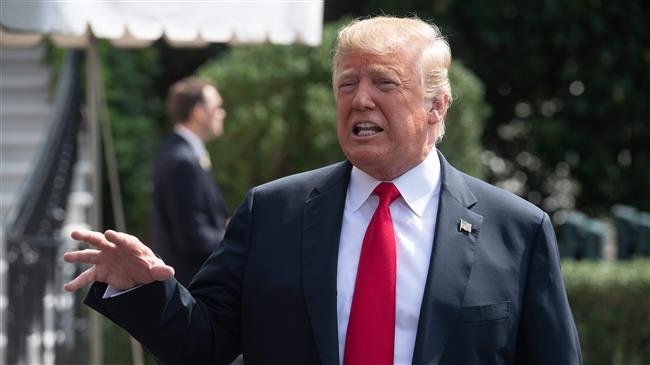 TEHRAN, Young Journalists Club (YJC) - The US lost four points to score 71 out of 100 on the watchdog’s 2018 Corruption Perceptions Index, sending the country tumbling out of the top 20 for the first time since 2011, Transparency International, which is based in Berlin, Germany, said Tuesday.

“The low score comes at a time when the US is experiencing threats to its system of checks and balances, as well as an erosion of ethical norms at the highest levels of power,” the organization said in its annual report.

The US leader has been dogged by accusations of nepotism and conflicts of interest since entering office in January 2017.

The Republican president has also attempted to suppress press freedom. He has developed a highly contentious relationship with US media outlets and journalists, repeatedly describing the press as "fake news" and "the enemy of the people"

Last month, Trump agreed to close his personal charity after the New York attorney general said it had acted “as little more than a checkbook to serve Mr. Trump’s business and political interests.”

Concerns were already mounting before Trump’s election, although they have been highlighted by the actions of a rich president who defied precedent to keep his personal tax affairs secret and retain his business holdings in office.

“The Trump presidency has illuminated the cracks in the US system for ensuring a government that is accountable to the public interest,” said US Representative at Transparency International, Zoe Reiter.

“But President Trump is a symptom rather than a cause; the issues were there before he took office. For example, the Office of Government Ethics simply doesn’t have the teeth to control for conflicts of interest at the highest levels,” she said.

“Concerns around the Trump administration are quite serious, but this has been stewing for several years,” she said.

As in previous years in the index, New Zealand and Scandinavian countries had the best scores on the Corruption Perceptions Index, with Denmark narrowly beating New Zealand to the top spot at 88 and 87 points respectively.

War-torn and improvised countries like Somalia, Yemen, South Sudan and Syria all scored in the low teens.