TEHRAN, Jan 30 -Boeing Co shares jumped on Wednesday as the world’s largest planemaker raised its profit and cash flow expectations for 2019 amid a boom in air travel, while indicating it had overcome supplier delays that snarled 737 production last year. 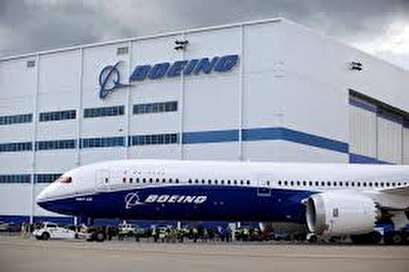 TEHRAN, Young Journalists Club (YJC) -Chicago-based Boeing said it expects to deliver between 895 and 905 commercial aircraft in 2019, up from 806 aircraft it delivered last year, which - although just below target - kept it ahead of rival Airbus SE for a seventh year.

Investors closely watch the number of planes Boeing turns over to airlines and leasing firms in a year for hints on the company’s cash flow and revenue.

Despite its rosy outlook, America’s biggest exporter faces possible turbulence on a number of fronts in 2019 including financial stress felt by some of its airline customers, signs of a broader economic slowdown and U.S. trade tensions with China, where Boeing ships 1 out of 4 aircraft that it makes.

There are also unanswered questions related to the deadly crash of a Lion Air 737 MAX in Indonesia in October that thrust a spotlight on the newest version of the best-selling jet, as well as on airline training and maintenance.

Chief Executive Dennis Muilenburg said the company’s performance provides a “firm platform” to further invest in new innovation as the aviation industry is awaiting a 2019 decision on whether Boeing will move ahead with a new mid-sized aircraft dubbed NMA.

It also said the first all-new 777X widebody flight test airplane completed final body join and power-on, and the program remains on track for flight testing this year and first delivery in 2020.

The company forecast operating cash flow between $17 billion and $17.5 billion in 2019, compared with cash flow of $15.32 billion in 2018, and above analysts’ average estimate of $16.73 billion, according to IBES data from Refinitiv.

Those numbers indicate Boeing has largely surmounted delays getting fuselages and engines for its best-selling 737 narrowbody which snarled production over the past year. Even so, related production logjams dragged down quarterly free cash flow to $2.45 billion, below the previous year.