US trying to ‘farm out’ Afghan invasion to various proxy forces: Analyst

TEHRAN, Feb 02 - US President Donald Trump is seeking to replace American troops in Afghanistan with private contractors and mercenaries to outsource the US conflict against the war-torn country, says a political analyst in Virginia. 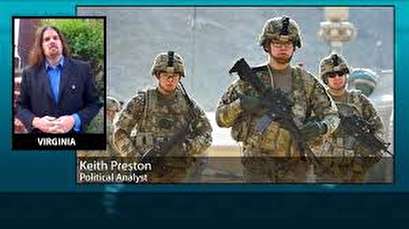 TEHRAN, Young Journalists Club (YJC) -The United States is pursuing a strategy in the Middle East [and other regions] that involves trying to pull back American forces and essentially farm out the American war effort to various proxy forces,” said Keith Preston, chief editor of AttacktheSystem.com.

“The Trump administration has come to view [the war against] Afghanistan conflict as a political liability,” Preston told Press TV on Friday.

“That also reflects certain political pressures that are taking place in the United States; the constant American efforts toward military interventions in other countries and regime change is becoming very unpopular,” Preston said.

The United States invaded Afghanistan in October 2001 after the September 11 attacks and overthrew the Taliban regime. But US forces have remained bogged down there through the presidencies of George W. Bush, Barack Obama and now Trump.

More than 17 years of US presence in Afghanistan at the top of a military coalition has brought nothing but chaos and insecurity to the country as a result of which all forms of organized crimes, especially production of illicit drugs, have been skyrocketing.

The country has also turned into a hotbed of violent acts by major terror outfits, especially Daesh.