TEHRAN, Feb 10 -Optimism may be key to coping with chronic pain, claims a new study of soldiers who served in Iraq and Afghanistan. And you don't need to be a vet to benefit from a positive attitude, the research suggests. 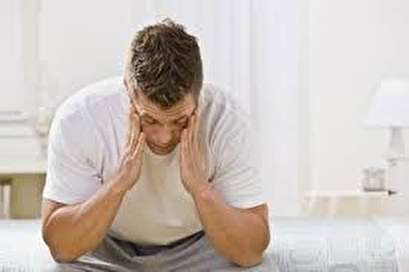 TEHRAN, Young Journalists Club (YJC)-Among nearly 21,000 veterans, those with a positive outlook before they were sent abroad reported fewer bouts with pain after deployment, including new back pain, joint pain and frequent headaches.

"What was striking was that optimism was associated with less pain even when taking into consideration what the soldiers experienced during deployment, such as combat stress and trauma, as well as injury," said lead researcher Afton Hassett. She is an associate research scientist at the University of Michigan in Ann Arbor.

And an upbeat attitude can have the same power for civilians, the study authors said.

"Although the experience of the U.S. Army soldier is incredibly different than that of a civilian, there is a large body of literature that suggests that optimism is protective for the experience of pain," Hassett said.

Optimistic people, for example, have lower levels of pain sensitivity as well as generally better adjustment when they do have pain, she added. Hassett's team also found that even moderate levels of optimism were protective for the development of pain after deployment, which suggests that you don't need to be a hopeless optimist to still benefit.

The findings showed that every increase in a score that measured optimism was linked with 11 percent lower odds of reporting any new pain after deployment.

Hassett's group also found that, compared with soldiers with high optimism, those with low optimism had 35 percent higher odds of reporting new joint pain or back pain or frequent headaches.

Moreover, a larger increase for the risk of new pain was seen among those with low optimism when compared with those with moderate optimism.

However, the study didn't account for psychiatric disorders, and data on pain were limited. In addition, the researchers couldn't prove that optimism itself causes chronic pain risk to drop.

Dr. Jianguo Cheng, president of the American Academy of Pain Medicine, said that optimism can be an effective tool in helping to cope with chronic pain. This study shows clearly what is already known about how one's mental attitude can affect one's physical health, he added.

"It's a fact that optimism is associated with better outcomes in stress or traumatic events," Cheng said. "People can be prepared through training in optimism."

Even those who suffer from chronic pain can be helped by cognitive behavioral therapy that includes positive thinking as part of their treatment, Cheng noted.

Adding optimism training to treatments such as cognitive behavioral therapy and physical therapy might help patients suffering from chronic pain to better cope, he suggested.

"Pain management has to be multifactorial. A single approach is usually not effective," he explained.