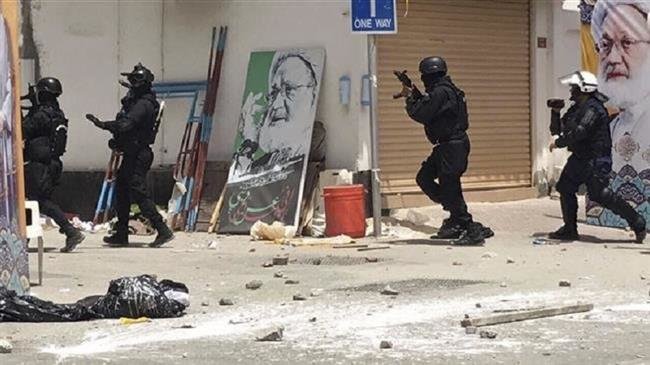 Several other people were arrested in Diraz, Bouri, A'ali, Sanad, and Akar in 24 hours.

The fresh raids came days after a religious event held by Bahrain's majority Shia Muslims was targeted by regime forces. Security forces on Saturday destroyed signs marking the martyrdom anniversary of Hazrat Fatima Zahra, the daughter of Prophet Mohammad (peace be upon him).

Local media said on Saturday security forces removed black flags and banners put up in public places to commemorate the occasion overnight. Hazrat Fatima is an enormously revered figure, especially for Shia Muslims who view her as the foremost role model for women.

The Bahraini regime has razed to the ground Shia mosques and worship places without any prior warning in recent months.

On Thursday, a non-governmental rights group said Bahrain had revoked the citizenship of hundreds of people after convicting them in relation to allegations of involvement in acts of terror.

In early February, the United Nations’ human rights agency said prominent Bahraini opposition figure Sheikh Ali Salman had been given life sentences by the regime because of his political viewpoint. Salman and some of his colleagues have been in custody in Bahrain since 2015.