TEHRAN, Feb 19 - A pilot was killed when two Indian Air Force jets collided mid-air and crashed in the southern city of Bengaluru during rehearsals for the Aero India show. 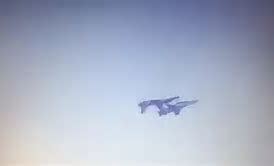 TEHRAN, Young Journalists Club (YJC) - The two planes involved in the collision were Hawk Mk-132s and part of the Surya Kiran Aerobatic Team of the Indian Air Force.

The five-day air show called Aero India 2019 is supposed to start on Wednesday and is expected to attract hundreds of aviation companies from around the world, according to local media reports.