TEHRAN, Feb 21 - American security agencies have arrested a Coast Guard lieutenant who is accused of stockpiling guns and ammunition for a planned mass killing. 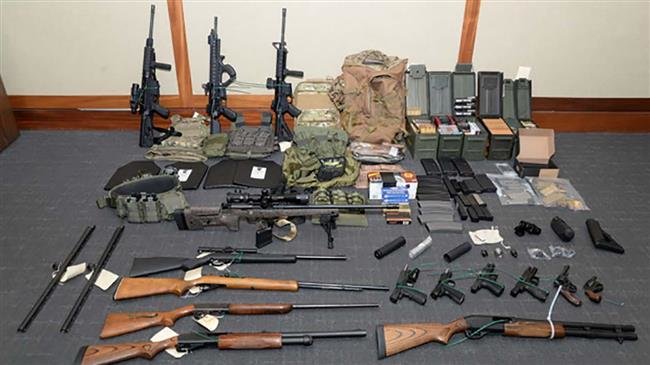 TEHRAN, Young Journalists Club (YJC) - Christopher Paul Hasson, a self-proclaimed white supremacist from Silver Spring, Maryland had out together a hit list of prominent politicians and renowned journalists, according to US media.

According to court documents, the 49-year-old who was taken into custody last Friday, espoused extremist and white supremacist views and followed the manifesto of Anders Breivik, a Norwegian far-right terrorist who killed 77 people in two separate attacks in his country in 2011.

During an inspection of the suspect’s house, authorities found returned a stash of 15 guns and more than 1,000 rounds of ammunition.

The papers did not specify a date for an attack but said Hasson had been storing supplies and weapons since at least 2017 and performed suspicious internet searches using phrases such as “best place in dc to see congress people” and “are supreme court justices protected.”

“The defendant intends to murder innocent civilians on a scale rarely seen in this country,” the government claimed in court documents filed at District Court for the District of Maryland, arguing that Hasson should stay in jail awaiting trial.

Court papers also charged that Hasson had stockpiled large amounts of steroids and human growth hormone in order "to increase his ability to conduct attacks," as directed in Breivik's manifesto.

"The defendant is a domestic terrorist, bent on committing acts dangerous to human life that are intended to affect governmental conduct," prosecutors said.

Husson reportedly wrote in a draft email acquired by prosecutors that he was “dreaming of a way to kill almost every last person on the earth."

In another draft email, addressed to an unidentified white supremacist leader, Hasson said: "We need a white homeland as Europe seems lost."

"An active duty Coast Guard member, stationed at Coast Guard Headquarters in Washington, DC, was arrested last week on illegal weapons and drug charges as a result of an ongoing investigation led by the Coast Guard Investigative Service, in cooperation with the FBI and Department of Justice. Because this is an open investigation, the Coast Guard has no further details at this time," Lane said.

Assigned to Coast Guard Headquarters in Washington, Hasson is also a former Marine. He is scheduled to appear in court for a hearing Thursday.