Human rights should not be used for changing legitimate governments: Russia

Human rights should not be used for changing legitimate governments, Russia's foreign ministry said on Monday before Minister Sergei Lavrov's attending the 25th session of the UN Human Rights Committee in Geneva. 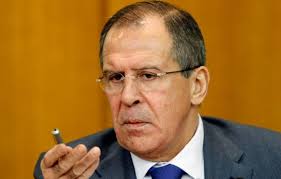 "Categorically unacceptable are attempts to introduce political or economic sanctions under the pretence of human rights reasons," the foreign ministry said. "We are adamant such sanctions can only affect the situation in a country and favour further violations of human rights."
"Our position is that human rights should not become instruments of political pressure or interference in domestic affairs, or to be used for changing legitimate governments," the Russian foreign ministry said. "We shall be counteracting firmly attempts to use the Committee for those purposes."
Moscow is opposed to attempts to impose via the Human Rights Committee narrow interpretations of the international norms in human rights, claiming those to be universal. "Nobody seems likely to argue human rights are universal, but the process of enjoying those should mind traditions, cultural and historic aspects and the level of economic development," the ministry said. "It is incorrect to condemn a country for the mere fact that its possible limitation of certain rights and freedoms are tougher
than in other countries."
During the work at the Human Rights Committee, Russia "will continue to focus primarily on fighting racism, race discrimination, xenophobia and related intolerance, including the modern forms of those."
"We shall  counteract uncompromisingly attempts to review the history, to justify Nazi criminals and revive the Nazi ideology."
The UN Human Rights Committee "should not deal with topics outside its competence."
"In other words, the Committee should not interfere with political prerogatives of the UN Security Council, settle issues of the climate changes, fighting terrorism, spread of drugs, and so forth."
The upcoming session is expected to adopt about 20 resolutions, including that presented by the Russian Federation - on integrity of the judicial system. "This initiative is aimed at improvement of the international guarantees for fair and impartial judiciary for all," the Russian foreign ministry said on the eve of the session.
DPA
Share to
Tags
Human rights ، Russia ، Lavrov ، Geneva
Your Comment