TEHRAN, Mar 02 - "Our work directly demonstrates that a brain region called the motor cortex is needed for both these mice and for humans to vocally interact," researcher Michael Long said. 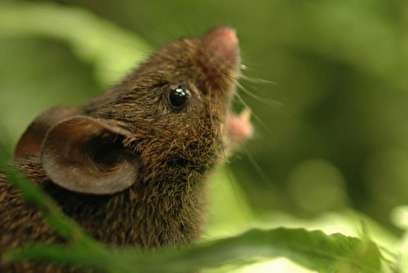 TEHRAN, Young Journalists Club (YJC) -Through the study of mice songs, scientists have uncovered neural circuitry that could explain the rapid pacing of human conversation.

Alston singing mice are found in the remote cloud forests of Costa Rica. When a pair of male mice meet, the two sing a back-and-forth operatic duet. The outsider only begins singing once the mouse who has already laid claim to the territory is done with his verse. If the local mouse starts up again, the invading mouse stops singing.

"The recruit is asserting that he's there, and he's going to be competing with the resident," Steven Phelps, professor of integrative biology at the University of Texas, said in a news release. "The resident says I'm already here and I plan to stay."

The songs of the Alston singing mice feature as many as 100 notes. Researchers liken the vocal turn-taking to the patterns and speed of human conversation.

Analysis of the neural patterns in the brains of Costa Rica's singing mice showed separate circuits in the motor cortex are responsible for the stops and starts that enable vocal turn-taking.

"Our work directly demonstrates that a brain region called the motor cortex is needed for both these mice and for humans to vocally interact," said Michael Long, an associate professor of neuroscience at NYU School of Medicine.

Researchers detailed their analysis of Alston singing mice songs this week in the journal Science.

The analysis showed a portion of the motor cortex called the orofacial motor cortex, or OMC, is responsible for the starts and stops that make the back-and-forth duet possible.

"We need to understand how our brains generate verbal replies instantly using nearly a hundred muscles if we are to design new treatments for the many Americans for whom this process has failed, often because of diseases such as autism or traumatic events like stroke," said Long.