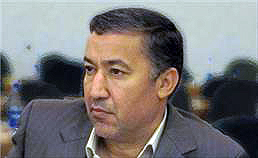 Speaking with Nasim Online, Deputy Minister of Industry and CEO of the Governmental Trading Corporation of Iran said that the government has stored staples to make sure it can switch on the second phase of the subsidies targeting plan.

Abbas Qobadi maintained that there should be no worry to kick off the second stage.

Qobadi pointed out "It must be kept in mind that even in the first phase of the targeting plan we had no problem in providing goods despite sanctions.”

He also stated that in the current year, Iranian calendar, the country has bought 7.2 million tons of wheat, adding "So far 3.5 million tons of it has been imported. The number will hit 4 million tons by the end of the year.”

He further said that it has been planed so that in the first three months next year another 3.2 million tons of wheat will be imported.