TEHRAN, Mar 06 -Scientists have for the first time precisely calculated the extent of the "human footprint" on Antarctica, the portion of the southernmost continent marked by human activity. 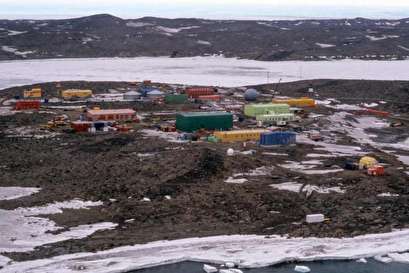 TEHRAN, Young Journalists Club (YJC) -According to the new calculations, detailed in the journal Nature Sustainability, the visible impacts of human activity on Antarctica cover more than 35,000 square miles.

"Although the 53 countries that have signed the Antarctic Treaty agreed to protect the Antarctic environment, until now there has been only limited data on the spatial extent of human activity on the continent," Shaun Brooks, a doctoral student at the University of Tasmania's Institute for Marine and Antarctic Studies, said in a news release. "Our research shows that human impacts are the greatest on land that is also the most environmentally sensitive -- ice-free areas within a few kilometers of the coast."

Most of the human activity on Antarctica is research-related. Most of the research outposts used by scientists are located on ice-free land. Unfortunately, ice-free land is home to many of the continent's most important species.

"Ice-free land supports the continent's greatest diversity of flora and fauna, including iconic species such as Adelie penguins, and provides the most accessible areas for marine animals that breed on land," Brooks said. "We found that 81 percent of the buildings in the Antarctic are located within just 0.44 per cent of the land that is free of ice."

The impacts of human activity extend far beyond the physical footprint of research buildings.

"These create a visual footprint similar in size to the total ice-free area of Antarctica, and impact over half of all large coastal ice-free areas," researchers wrote in the study.

Authors of the new study expect pressure on Antarctica's ice-free acreage to increase as research operations expand and greater numbers of tourists travel to the continent. Scientists suggest increased human pressure can be mitigated by increased cooperation among national research efforts, including the sharing of research facilities.

"There is a growing tension between the increasing pressure for access to the continent and international commitments to protect the Antarctic environment," Brooks said. "Hopefully our research can help to inform a sustainable balance between these competing imperatives."