The events in Ukraine have been conditioned by a scenario realised by external forces, primarily by the United States, that should be played in the course of presidential elections in 2015, former chief of the Security Service of Ukraine (SBU) Aleksander Yakimenko said. 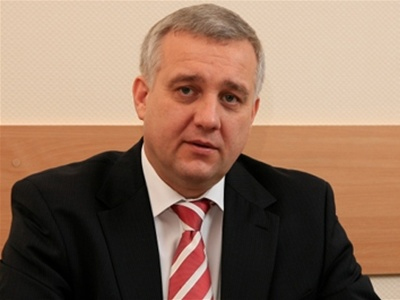 Nobody in the West did not wish to see Viktor Yanukovich as Ukraine's president that is why leaders of several countries did everything possible to raise to power other political forces, Yakimenko told Rossiya24 television channel.
Western countries "played footsie" with Yanukovich and they "convinced Viktor Yanukovich that Europe supported him. They sought to delay the negotiations on Kiev's European integration to make Russia to strengthen the social and political system in Ukraine", the SBU former chief said.
In his view, "this was done in order to integrate Ukraine into Europe at the expense of Russia."
Even after the Ukrainian president decided to suspend the signing of the Association Agreement, the European Union were ready to change certain articles of the Agreement to conclude it. However, "the United States came against this step and it was forced to provoke protest actions", Yakimenko said.
"Washington was also against the peaceful resolution of the conflict in Ukraine and the position of the European Union that favoured the resolution of the conflict. The United States sought to change everything for its benefit and set Europe at loggerheads with Ukraine and Ukraine with Russia," the SBU former chief said.
At the same time, he said Poland also played an active role in the events in Ukraine. "It uses possible means to subordinate Ukraine through the EU and NATO structures," Yakimenko added.
He said certain representatives of the new Ukrainian authorities continued to follow American patrons' will. "They need Ukraine, which will do what they consider necessary," the SBU former chief said.
The USA continues pursuing its policy to destabilise the situation in the south-west of Ukraine and subordinate other former republics of the Soviet Union, he said.
"Then there will be the turn of Belarus and Kazakhstan. 'Fellows' from the USA, Poland etc. won't stop," Yakimenko said.