TEHRAN, Mar 19 - The death toll in Mozambique from Cyclone Idai could be as high as 1,000, President Filipe Nyusi has said. 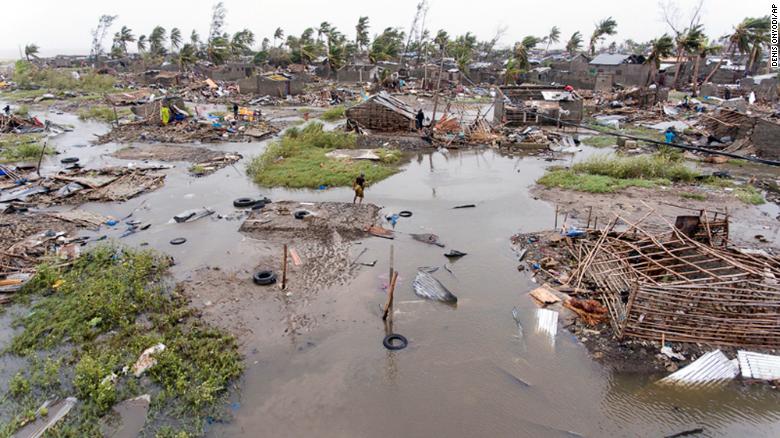 This is while varying government figures of people from flooded areas currently put the death toll at around 200 people in the three countries.

Speaking to state broadcaster Radio Mocambique on Monday, the president said that the number of people confirmed dead stood at 84 and the scale of the disaster was 'huge'.

Nyusi said he witnessed bodies floating in rivers while flying over the central port city of Beira and the rural Manica and Sofala provinces.

A spokesman for the Red Cross told Euronews that they expected the death toll to categorically rise in Mozambique and that difficulty in accessing areas have hindered rescue efforts.

Cyclone Idai first hit the Mozambican city Beira on Thursday, March 15, with high-winds measuring up to 177 km/h, but first responders were only able to reach the port city until Sunday.

Up to 90% of Beira, Mozambique's fourth largest city, was reportedly destroyed.

Rescuers in Mozambique's flooded city of Beira evacuated people after it devastated the port city, with nearly 90 percent of the area destroyed.