TEHRAN, Mar31-Leaked medical reports prepared for Saudi Arabia’s King Salman have for the first time provided evidence of the torture political detainees in the kingdom have been subjected to as part of the regime's violent crackdown on dissidents and possible rivals to Crown Prince Mohammed bin Salman's rule. 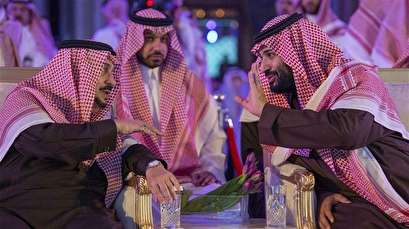 TEHRAN, Young Journalists Club (YJC) -Guardian reported on Sunday that the medical reports showed the political prisoners are suffering from malnutrition, cuts, bruises and burns, in the first documented evidence from within the heart of the royal court that runs contrary to Riyadh’s repeated denials of such torture reports.

The reports are said to have been prepared for King Salman along with recommendations from some advisers to the monarch that are said to include a pardon for all political prisoners as well as the release of detainees with health problems.

They are part of a substantial internal review ordered by the king, who approved the commissioning of examinations of up to 60 prisoners, many of them women, a source said. The examinations reportedly took place in January.

In recent months, the Saudi regime has come under intense pressure by rights groups for mistreating political prisoners amid reports that several female activists faced torture and sexual harassment in its prisons.

The torture reports came under the spotlight following the gruesome assassination of dissident journalist Jamal Khashoggi at the kingdom’s consulate in Istanbul, Turkey, on October 2, 2018. The CIA has concluded that bin Salman personally ordered the murder.

As the kingdom is reeling from the aftermath of the murder of Khashoggi, King Salman is said to have ordered a review of the decision to arrest nearly 200 men and women in a crackdown ordered by the controversial crown prince.

The medical examinations took place despite objections from Mohammed’s aides, a source with knowledge of the review said.