Climate, conflicts will plunge millions of people into food crisis in 2019: Study

TEHRAN, Apr 02 - Scientists have warned that food crisis will affect tens of millions of people across the globe as war, extreme weather and economic woes put more than 113 million in dire need of help last year. 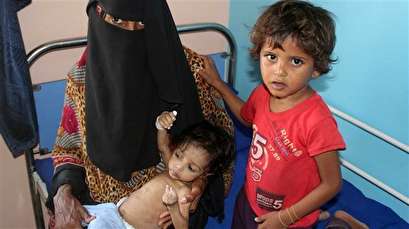 TEHRAN, Young Journalists Club (YJC) - According to the annual report of the Global Network against Food Crises (GNAFC) published on Tuesday, conflict and insecurity were two culprits behind the desperate situation faced by 74 million people, two-thirds of those affected, in 2018.

The network seeks to combat food crises from humanitarian and development perspectives and tackle the root causes of these crises, and its members include the United Nations’ Food and Agriculture Organization (FAO) and World Food Programme (WFP), and the European Union (EU).

Researchers of GNAFC have analyzed 53 countries and used a five-phase scale with the third level classified as crisis, fourth as emergency and fifth as famine/catastrophe.

“The 113 million is what we call the tip of the iceberg. If you look at the numbers further down, you have people who are not food insecure but they are on the verge,” said Luca Russo, FAO’s senior food crises analyst, warning that millions more are now at risk of reaching level three and above.

These people, a further 143 million, are “so fragile that it just takes a bit of a drought” for them to fall into food crisis, he added.

“Unless we work substantially on these people and remove some of the drivers that can bring them to a worse situation, the overall numbers are likely to increase,” Russo further noted.