TEHRAN, YJC. Following Ahmed Shaheed’s report on violation of human rights in Iran, High Council for Human Rights of the Islamic Republic of Iran has blasted it as illegal. 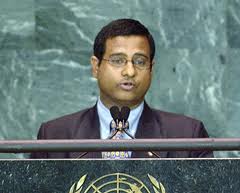 In an announcement the council has issued, Ahmed Shahid has been condemned for what the Iranian High council for Human Rights has considered illegal and another sign of making use of the fragile mechanisms of the UN to pressurize independent countries.

The announcement reads "High Council for Human Rights of the Islamic Republic of Iran regrets Mr. Ahmed Shaheed’s abuse of the week mechanisms of the UN in issuing false reports and once again says that the report has been compiled only in a framework to increase psychological pressure and propaganda against the Islamic Republic.”

The letter adds "More than anything, as we have said earlier, assigning reporters on Iran is an illegal act; since fighting the selective procedures of the previous human rights commission is the reason for the existence of the Human Rights Council and the periodical report (UPR). How can one doubt the new procedures of the council while they are not being yet fully implemented?”

"A reporter who is to base his assigned duties on truthfulness and unbiased judgment to proof the truth according to objective signs and credited sources mentions in his reports the baseless and undocumented claims of some whose enmity to the system and nation of the Islamic Republic of Iran has been proven, some of them being terrorists with long records.

"It is to regret”, the letter continues "that the reporter has made no mention of the one-sided sanctions imposed by the US and EU against the people of Iran. Sanctions with go against international principles and rules and the UN charter.”