Iran to resume 20-pct enrichment in 2 hours if deciding so: Spokesman

Tehran, YJC. IAEO says Iran has never abandoned any of its nuclear rights, including enrichment to 20 percent and above. 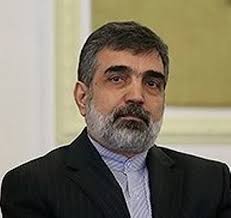 Iran Atomic Energy Organization Spokesman Behrooz Kamalvandi pointing to the country’s ongoing nuclear talks said "We must open a separate account for the US ruling power than that of the Congress and especially its radical members. Although they are the same in thinking and all three try to weaken Iran, the US government admitted that such a thing is not possible.”

He stated "They tried to imply that the sanctions belonged to previous issues. I personally believe that the incumbent ruling power of the US feel sometimes that they are under pressure by radical groups. Although they know it will make things more difficult, they do things and say things. The radicals were even seeking to deprive the US president of his veto vote by a majority two third vote. On the other side Obama threatened new sanctions with veto. They also do things that damage the negotiations.”

Asked how long it will take Iran to boost uranium enrichment from 5 to 20 percent he said "With technical considerations it will take one day, even less than that, 2-3 hours, which of course I am saying approximately, when you try to put the falls in circulation.”

He also provided comments on new agreement with Russia on building more nuclear power plants and said "The latest news is that tomorrow Mr. Spasskiy, Deputy Director General for International Activities of Rosatom will come to Tehran for talks. We are planning to prepare a protocol including mutual cooperation especially in building power plants. The IAEO head Mr. Salehi has also sent a message to Rosatom president Sergey Kiriyenko where he asked for boosted technological cooperation. Tomorrow’s discussion will concern a protocol which will later on be signed by the heads of the two organizations.”