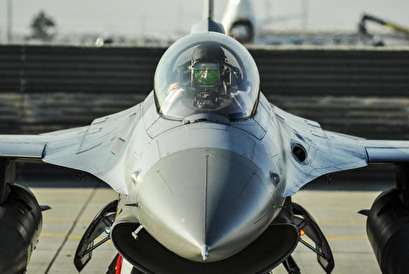 Work will be performed at Raytheon Technical Services' plant in Indianapolis, Ind., and is expected to be complete by Feb. 28, 2025.

Fiscal procurement funds from 2017, 2018 and 2019, as well as National Guard and Reserve equipment appropriation funds in the amount of $23.6 million, have been obligated on the first task order at the time of award.

Besides flight data, Raytheon's display unit allows the pilot to control and display information from on-board and off-board sources, including ground force information. The primary flight reference must include airspeed, altitude and attitude data, as well as flight path information for the pilot.

The center display units are available in single and dual-pilot models.

The cockpit, with its bubble canopy, gives the pilot unobstructed forward and upward vision, and greatly improved vision over the side and to the rear. The F-16B, a two-seat model, has tandem cockpits about the same size as the one in the A model and also includes a bubble canopy.

General Dynamics, which is now owned by Lockheed Martin, designed the F-16. A single-seat model first flew in December 1976.

The F-16 Fighting Falcon is a compact and multi-role fighter aircraft that is highly maneuverable, according to the Air Force. It has been successful in air-to-air combat and air-to-surface attacks, including in the Middle East.

The F-16 is being used by the active duty U.S.Air Force, Air Force Reserve and Air National Guard units, the U.S. Air Force aerial demonstration team, the U.S. Air Force Thunderbirds, and as an adversary-aggressor aircraft by the U.S. Navy at the Naval Strike and Air Warfare Center in western Nevada.