TEHRAN, Apr 10 - London-based Standard Chartered has been fined $1.1 billion by US authorities for allegedly breaching sanctions against Iran and other countries. 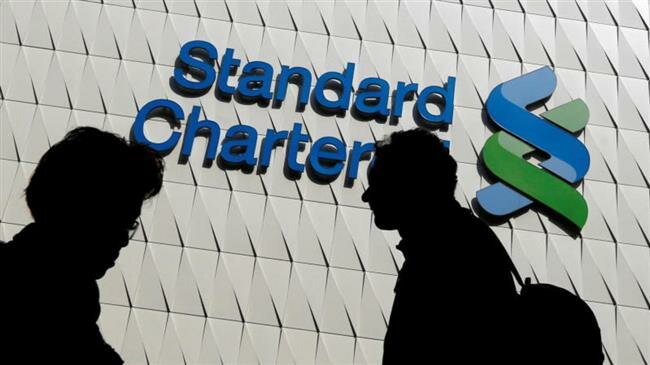 TEHRAN, Young Journalists Club (YJC) - The fine is one of the largest imposed on a bank since France’s BNP Paribas had to pay $8.9 billion in penalties in 2014 over alleged sanctions violations.

It is also the largest paid by Standard Chartered since 2012, when it had to cough up $667 million in order to settle US allegations of sanctions breaches between 2001 and 2007.

The British bank was reportedly made to pay $947 million to American agencies over allegations that it violated sanctions against a string of countries, including Iran.

It was fined a further $190 million for flouting anti-money laundering requirements related to funds used to finance terrorism, including Daesh.

The fine related to Iran reportedly included Standard Chartered’s processing of transactions between 2009 and 2014 from the bank’s Dubai branch.

After milking billions of dollars from European banks for processing Iranian transactions, US authorities were said early last year to be targeting lenders in South Korea, Taiwan, China and elsewhere.

The shift underscored the US administration’s disdain for a landmark nuclear deal which should have paved the way for Iran’s reconnection to the international banking system.

Years of Washington’s scrutiny of European banks’ transactions with Iran have resulted in nearly a dozen enforcement cases which have extracted more than $16 billion in fines for the US government.

Other British banks penalized by US authorities include RBS, which was slapped with a $10 billion fine over the alleged mis-selling of mortgage-backed securities. In 2012, HSBC paid a fine of $1.9 billion to settle US money-laundering allegations.