TEHRAN, Apr 11 - British Prime Minister Theresa May has defended her decision to delay Brexit, though admitting it has created a “huge frustration” among many people in the UK, as some members of her own party repeating their call for her to resign. 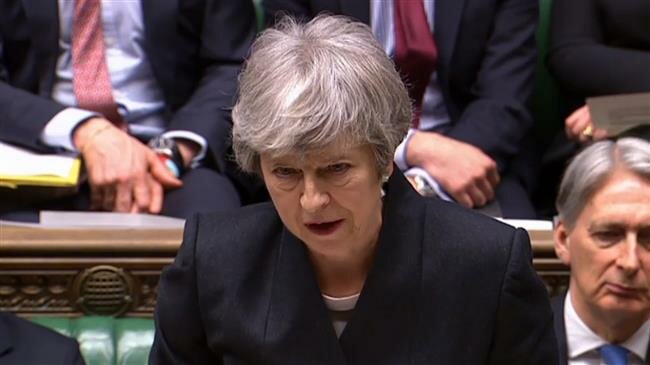 TEHRAN, Young Journalists Club (YJC) - May told the House of Commons on Thursday that she was still committed to deliver Brexit despite the current political standoff in Parliament that caused her to delay Britain’s planned withdrawal for another six months.

“Mr Speaker, I know the whole country is intensely frustrated that this process to leave the European Union has not still been completed,” May said in her statement.

She again regretted that the parliament had on three occasions rejected her Brexit deal.

May said, however, that Britain as a whole had to accept a mechanism for divorce to avoid remaining in the EU for a longer period that would need the country to hold European Parliament elections in May.

“The choices we face are stark and the timetable is clear. I believe we must now press on at pace with our efforts to reach a consensus on a deal that is in the national interest,” she said.

The comments came just hours after May managed to convince EU leaders to give the UK another extension to its Brexit negotiation period.

Britain had been expected to leave the EU at the end of last month. The new extension came after London missed a fresh deadline for leaving the bloc on April 12.

May’s statement to the Commons came as rebel lawmakers in her Conservative Party said she had to resign so that Britain could find a way out of the political statement with a new prime minister.

“The prime minister has stuck rigidly to a flawed plan and now the clock has run down, leaving Britain in limbo and adding to the deep uncertainty of business, workers and people all across this country,” said Corbyn in the parliament on Thursday.