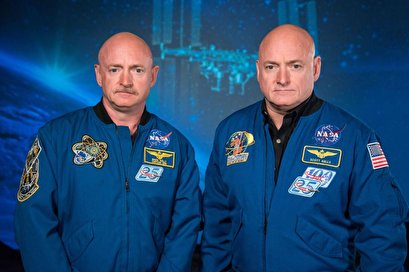 TEHRAN, Young Journalists Club (YJC) -A large, interdisciplinary research team tracked the health and biology of both men, in a groundbreaking attempt to observe the effects of spaceflight on the human body.

There's a lot in space that can affect your health. Radiation, space station air quality, zero gravity and the stress of being trapped in a closed environment far from home can all take a toll.

What researchers discovered is pretty reassuring for near-Earth space travel -- while Scott's body did undergo some changes compared with Mark, things went back pretty much to normal once he returned home.

"It's reassuring to know that when you come back things will largely be back to the same," said researcher Michael Snyder, chair of genetics at Stanford University School of Medicine. "That's the No. 1 message."

For example, Scott experienced a large-scale shift in the way his genes expressed themselves while he was in space, but it didn't seem to affect his health and largely went back to normal upon his return, researchers said.

"We saw that the vast majority, over 90 percent, of all these changes all returned back to baseline coming back to Earth," said researcher Chris Mason, an associate professor of genetics with Weill Cornell Medical College in New York City.