TEHRAN, Apr 13 -Autism rates have surged at an alarming rate in several states around the country since 2010, a new study says. 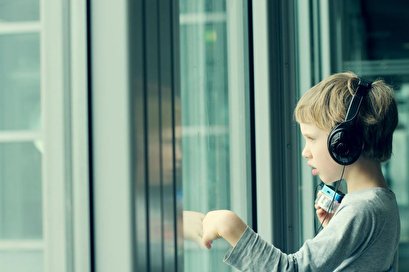 TEHRAN, Young Journalists Club (YJC) -The average rate of autism is 1 in 59 for children in Arizona, Colorado, Missouri, New Jersey, North Carolina, Utah and Wisconsin, according to findings published Wednesday by the Centers for Disease Control and Prevention.

"It's very likely that the next time we survey autism among children, the rate will be even higher," Walter Zahorodny, an associate professor of pediatrics at Rutgers New Jersey Medical School and study author, said in a news release.

The researchers studied health records for 4-year-olds between 2010 and 2014 and 8-year-olds within the same time frame. They found that children with other intellectual disabilities and conditions were likely to be diagnosed with autism before age four.

Between 2010 and 2014, New Jersey saw a 43 percent spike in autism cases, the largest of any state measured in the study. In all, about 1 in 35 children in the state has autism compared to a low of 8 per 1,000 children in Missouri.

"These are true influences exerting an effect, but they are not enough to explain the high rate of autism prevalence," Zahorodny said. "There are still undefined environmental risks that contribute to this significant increase, factors that could affect a child in its development in utero or related to birth complications or to the newborn period. We need more research into non-genetic triggers for autism."

The researchers don't know why autism rates have gone up throughout the country. However, factors such as parents over age 30 having children, genetic mutations, birth prior to 37 weeks of pregnancy and more than one birth might explain the uptick.

On average, the researchers say children are diagnosed with autism in 53 months, a number that hasn't changed in over a decade. They want detection

"Children who are evaluated for autism early -- around their second birthday -- often respond better to treatment than those who are diagnosed later," Zahorodny said. "However, it appears that only the most seriously affected children are being evaluated at the crucial time, which can delay access to treatment and special services."