TEHRAN, Apr 16 -The management of India’s Jet Airways has proposed to suspend all operations of the debt-laden airline at its board meeting, ET Now reported on Tuesday quoting sources. 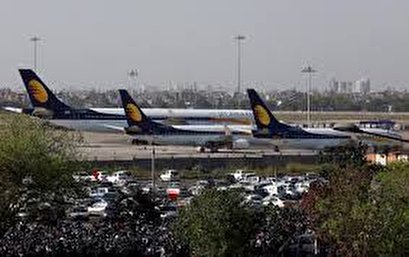 TEHRAN, Young Journalists Club (YJC) -Former Chairman Naresh Goyal has withdrawn from making a bid for a stake in the company, the television channel reported.

Jet Airways shares were down as much as 18.53 percent, their worst session since August 2015.

On Monday, the airline in a letter to its employees said it planned to extend its suspension of international flights until Thursday as it had not received any interim funding from lenders.

Jet has been grounding planes in recent weeks as lessors move to de-register and take back their aircraft, even as the company’s lenders sought expressions of interest in the carrier from potential investors.

Local media have reported that as many as six parties have submitted expressions of interest, though it is still far from clear if an acceptable bid will materialize.

Jet Airways did not immediately respond to a Reuters request for comment.