TEHRAN, Apr 17 - Rocket fire on the Libyan capital, which the UN-recognized unity government blamed on military strongman Khalifa Haftar, killed three people late on Tuesday as the Security Council haggled over a ceasefire. 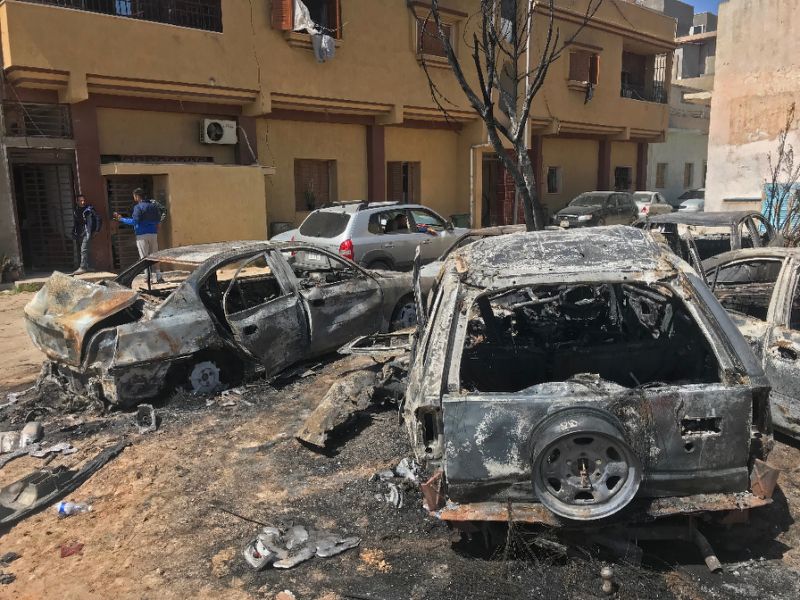 TEHRAN, Young Journalists Club (YJC) - Diplomats have long complained that Libyan peace efforts have been stymied by major power backing for the rival sides and Haftar ally Russia has quibbled over the proposed wording of the ceasefire demand even as the bombardment of Tripoli intensifies.

Two of the dead in the rocket fire on the south Tripoli neighbourhoods of Abu Salim and Al-Antisar were women and 11 people were also wounded, the emergency services said.

AFP journalists heard seven loud explosions as rockets also hit the city centre, the first since Haftar's Libyan National Army militia launched an offensive on April 4 to capture the capital from the government and its militia allies.

The LNA blamed the rocket fire on the "terrorist militias" whose grip on the capital it says it is fighting to end.

The bombardment came as diplomats at the UN Security Council began negotiations on a British-drafted resolution that would demand an immediate ceasefire in Libya.

The proposed text seen by AFP warns that the offensive by Haftar's LNA "threatens the stability of Libya and prospects for a United Nations-facilitated political dialogue and a comprehensive political solution to the crisis."