PTI wanted to liberate Pakistan from US war: Imran Khan

Pakistan Tehreek-i-Insaaf (PTI) chairman Imran Khan said Thursday that Taliban did not want to enforce Shariah in the country at gunpoint but wanted to liberate it from the US war, DawnNews reported.
Khan was speaking to media representatives before leaving for the Supreme Court in the federal capital.
On the success of peace negotiations with the Taliban, the PTI chief said the meeting between the government and the Tehreek-i-Taliban Pakistan Shura had made it apparent which groups were interested in holding dialogue and which weren’t. 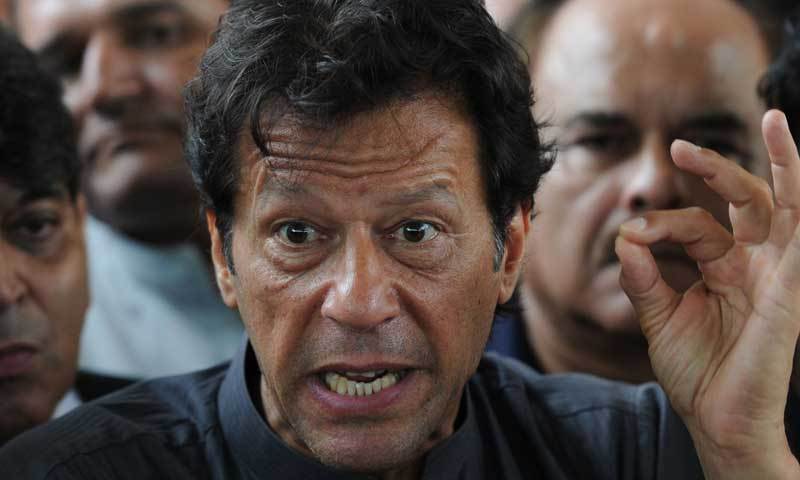 He said there was hope of reaching a positive outcome on the dialogue process.
Khan underscored that tribal people should have been given priority for inclusion in the government's committee for peace talks, adding that they held the key to dialogue.
He said lasting peace would ensure the prosperity of the nation.
The PTI chief said the case on the appointment of Chairman National Accountability Bureau (NAB) was very imperative and that it had been made after consensus of two political parties.
He also said the leadership of both parties was facing graft charges, adding that corruption would not be eliminated until NAB was not made a neutral body.
"Pakistan’s biggest menace is corruption,” said the PTI chief.
Share to
Tags
Pakistan ، Imran Khan ، US ، Taliban
Your Comment