TEHRAN, Apr 19 - Tokyo Electric Power plans to allow overseas workers coming to Japan under a new visa program to work on the cleanup of its wrecked Fukushima nuclear power station north of Tokyo, a spokeswoman said on Friday. 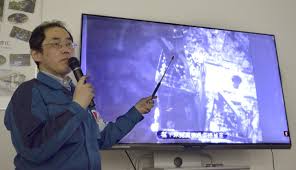 TEHRAN, Young Journalists Club (YJC) - The company, known as Tepco, has held discussions with the many sub-contractors working on the site to ensure any overseas staff working under the new arrangements have a full understanding of radiation safety and the necessary language skills, the spokeswoman said.

Around 4,000 workers are on the site every day, she said.

Tepco has been criticized by the United Nations over possible exploitation of those working on the decades-long decommissioning of the Fukushima station, which was wrecked by an earthquake and tsunami that devastated northeastern Japan in 2011.

A Reuters investigation in 2013 found widespread labor abuses at Fukushima, including workers who said their pay was skimmed and who spoke of scant scrutiny of working conditions.

Tepco said at the time it was taking steps to limit worker abuses.

Japan, long resistant to immigration, is opening its doors to more foreign workers under a law that went into effect this month.

The law allows about 345,000 blue-collar workers to enter Japan over five years in 14 sectors, such as construction and nursing care, which face acute labor shortages. One category of "specified skilled workers" can stay up to five years but cannot bring families.