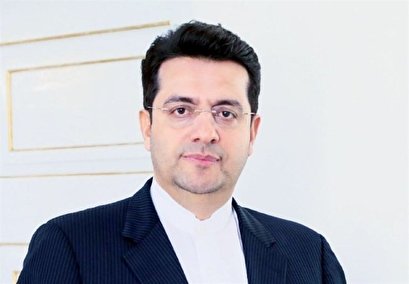 “Terrorism is an ominous phenomenon which will not be eradicated except through all-out cooperation among the countries that have fallen victim to it,” the ministry’s website quoted him as saying.

He also expressed Tehran’s preparedness for any cooperation with the brotherly and neighboring country of Pakistan in all intelligence, security, and operational aspects of fighting against terrorism.

In the heinous attack on Thursday, gunmen killed 14 people after ambushing a passenger bus in southwestern Pakistan. Around 35 people are thought to have been travelling from Karachi to Gwadar when armed men stopped the vehicle, checked the identities of those on board and then began shooting people selectively.

The Baloch Raaji Aajoi Sangar (BRAS), an alliance of armed ethnic Baloch separatist groups, claimed responsibility for the attack in an emailed statement released on Thursday.

He ordered authorities “to make every possible effort to identify and to bring the perpetrators of the barbaric act to justice”.

The terrorist attack happened ahead of Imran Khan’s planned visit to Iran, which is expected to focus of plans to strengthen the joint efforts by Tehran and Islamabad in the war on terrorism.