EHRAN, Apr 21 - Several explosions have hit three churches and three hotels in Sri Lanka, leaving at least 156 people dead and over 400 others wounded. 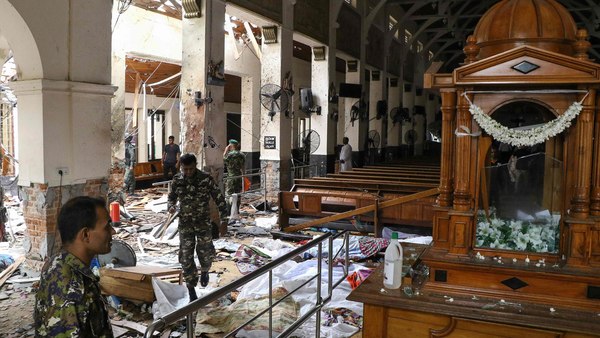 TEHRAN, Young Journalists Club (YJC) - The explosions hit St. Anthony’s Church in Colombo and St. Sebastian’s Church in the nearby city of Negombo as well as Zion Church in the eastern city of Batticaloa on Sunday, as worshipers were attending Easter services.

The Shangri-La, Cinnamon Grand, and Kingsbury hotels, which are situated in Colombo, were also targeted.

Police officials confirmed the casualty tolls to AFP, adding that 35 foreigners were also among the dead. The news agency also cited hospital sources as saying that American, British, and Dutch citizens were among the foreign nationals killed in the blasts. 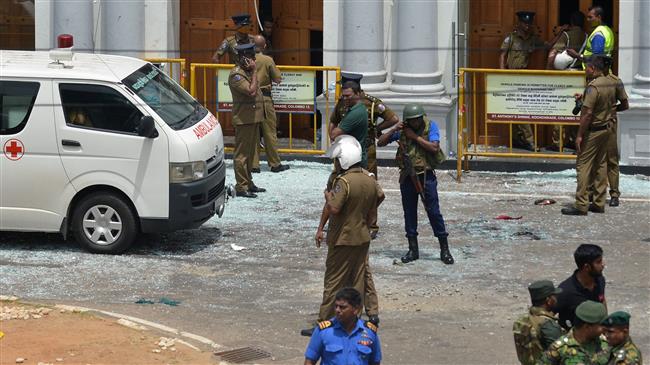 Sri Lankan security personnel stand next to an ambulance outside St. Anthony’s Church, in Kochchikade, in Colombo, on April 21, 2019. (Photo by AFP)
A post on the Facebook page of St. Sebastian’s Church said a “bomb attack” had targeted the premises.

‘Body parts strewn all over’

Sri Lankan MP Harsha de Silva tweeted that there had been “foreigners” among the casualties. He said he had been to one of the churches and one of the hotels and seen “horrible scenes,” adding, “I saw many body parts strewn all over. Emergency crews are at all locations in full force.” 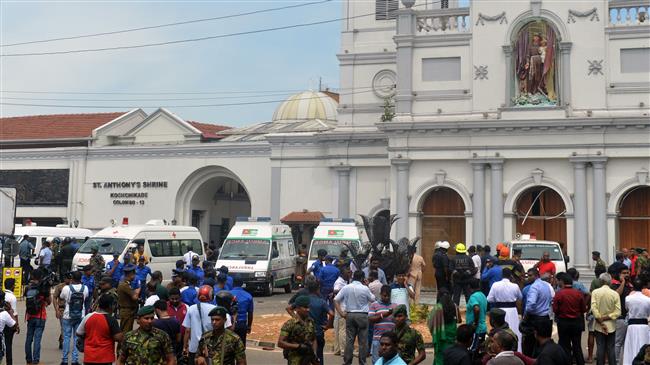 Sri Lankan President Maithripala Sirisena said he was shocked by the incidents and appealed for calm.

Finance Minister Mangala Samaraweera tweeted that the attacks appeared to be a “well-coordinated attempt to create murder, mayhem & anarchy.”

I strongly condemn the cowardly attacks on our people today. I call upon all Sri Lankans during this tragic time to remain united and strong. Please avoid propagating unverified reports and speculation. The government is taking immediate steps to contain this situation.

— Ranil Wickremesinghe (@RW_UNP) April 21, 2019
Ranil also called for a national security council meeting at his residence later in the day. 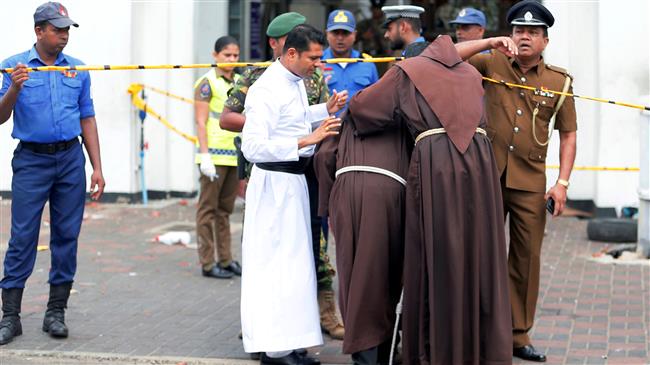 Several hours after the initial explosions, a seventh blast rocked Dehiwala, the largest suburb of Colombo, to the south, and an eighth hit the suburb of Orugodawatta, north of the capital, according to police.

Police spokesman Ruwan Gunasekera said at least two people were killed in the Dehiwala explosion, which happened at a hotel.

Meanwhile, the Sri Lankan government has imposed a curfew with immediate effect.

Education Minister Akila Viraj Kariyawasam announced that all schools would be closed on Monday and Tuesday.

State Minister of Defence Ruwan Wijewardene said that investigators had identified the perpetrators of the Sunday attacks.

“We believe that all the culprits who have been involved in this unfortunate terrorist incident will be taken into custody as soon as possible,” he said.

He did not name them.

The Muslim Council of Sri Lanka (MCSL) issued a statement later in the day mourning “the loss of innocent lives due to extremist and violent elements who wish to create divides between religious and ethnic groups.”

Sri Lanka is still rehabilitating from a 26-year civil war that ended in 2009 with an estimated 100,000 deaths. The strife was mainly between the so-called Tamil Tigers and the Sri Lankan government, and ended when government forces defeated the rebels.

While there had been sporadic violence since 2009, an outbreak of violence against Muslim communities prompted the government to declare a state of emergency in March 2018. 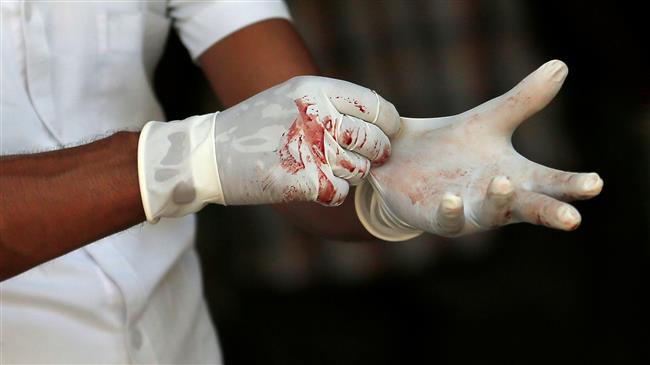 Countries in Southeast Asia, such as Indonesia and the Philippines, have in the past witnessed similar attacks targeting their churches.