Sudan tensions escalate after talks with military break down

TEHRAN, Apr 22 - Tensions escalated in Sudan on Monday after talks broke down between protesters and the country's military rulers, who called for the reopening of roads blocked by sit-ins established during the uprising that drove President Omar al-Bashir from power. 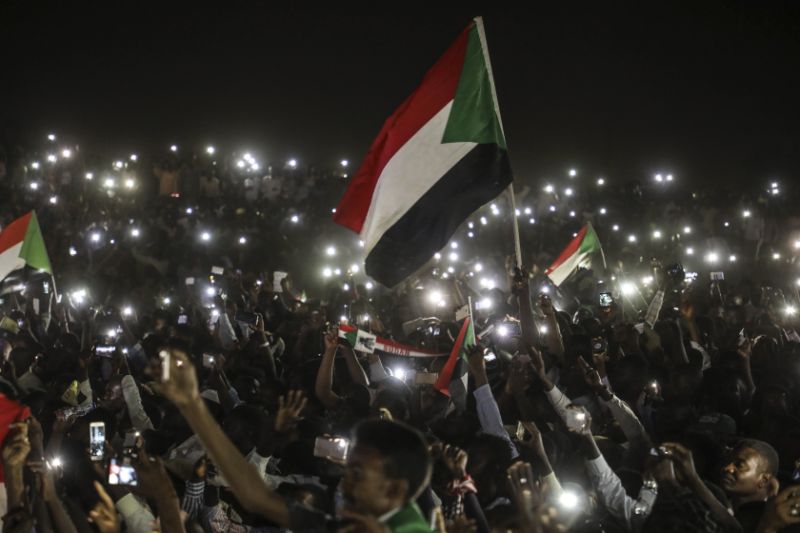 TEHRAN, Young Journalists Club (YJC) - The protesters, who have been rallying outside the military headquarters in Khartoum since April 6, have demanded a swift handover of power to civilians.

A military council has ruled since al-Bashir was forced from office on April 11 after nearly four months of mass protests against his 30-year rule.

The military council issued a statement Monday calling for the "immediate opening of the roads and removal of the barricades" around the sit-in in Khartoum.

It asked that other roads, closed by similar protests across the country, also be opened.

The Sudanese Professionals Association, which has led the protests, vowed to carry on with their sit-in.

The umbrella of professional unions called for a march Tuesday and mass rallies on Thursday, when it plans to announce its own civilian transitional council in a challenge to the military.

Large crowds gathered outside the military headquarters overnight, singing and dancing as protest leaders delivered fiery speeches. Qurashi Diefallah, a protester, said the army is "just an extension of the regime, which stole 30 years from us."

The organizers on Sunday suspended talks with the military council, saying it had failed to meet their demands for an immediate transfer to a civilian government.

Spokesman Mohammed al-Amin Abdel Aziz said the military council "is delaying its response to our proposals, saying that they are considering proposals from all political forces," he said.

That has raised fears among the protesters that Islamists and other factions close to al-Bashir, who is now jailed in Khartoum, will have a role in the transition.

They fear that could leave much of his regime intact or pave the way for another strongman.