TEHRAN, Apr 26 - Puerto Rico officials on Thursday demanded the immediate resignation of the president of the island's Economic Development Bank who also serves as secretary of the Housing Financing Authority. 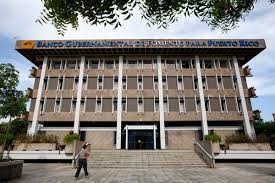 TEHRAN, Young Journalists Club (YJC) - Public Affairs Secretary Anthony Maceira said in a statement that officials also have asked Puerto Rico's Justice Department and the Office of Government Ethics to investigate both agencies. Maceira did not provide further details except to say that officials acted on information they received.

"Every official and head of instrumental government agencies must remember that...any action or omission can have consequences," Maceira said.

A spokesman for Economic Development Bank president Luis Burdiel did not immediately return a message for comment.

El Nuevo Dia newspaper quoted Burdiel as saying that he declined comment and would talk to his supervisors before making a decision.

The bank offers financial help to private organizations and supports the development of local businesses. Earlier this week, Burdiel had announced that his agency received $1 million from the USDA Office of Rural Development to provide loans to small- and medium-sized businesses in rural areas across Puerto Rico and help generate more jobs.

Meanwhile, the Housing Financing Authority that Burdiel oversees provides financing to private and public developers for construction and improvement of infrastructures for people of limited income.