TEHRAN, May 01 - Iranian President Hassan Rouhani has signed into law new legislation designed to counter America's designation of IRGC as a terrorist organization. 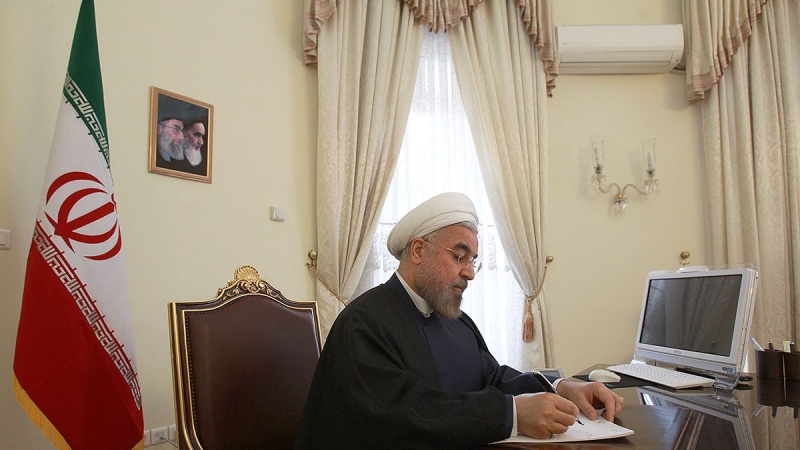 TEHRAN, Young Journalists Club (YJC) - In response to the Trump administration's labelling of the Islamic Revolution Guards Corps (IRGC) as a terrorist organisation, in a reciprocal and commensurate move the Majlis (Iranian parliament) has drawn up new legislation, which has easily passed through the parliament and has now been signed into law by President Hassan Rouhani.

Following article 123 of the Constitution of the Islamic Republic of Iran, President Hassan Rouhani signed and forwarded a Counter-Act in response to the Trump administration's branding of the Islamic Revolutionary Guards Corps (IRGC)’s as a foreign terrorist organisation.

The act was forwarded to ministries of Intelligence, Foreign Affairs, and Defence and Armed Forces’ Logistics, as well as Supreme National Security Council and Plan and Budget Organisation, Iran Press reported.

On Apr. 23, Iranian lawmakers have voted for 2 new pieces of legislation in support of the IRGC.

The Articles that were passed in the open session of the Iranian parliament (Majlis), were from a bill devised by the Iranian Parliament to counter the US blacklisting of the Islamic Revolutionary Guards Corps (IRGC) as a foreign terrorist organization was put to vote during today’s open session.

On April 8, US President Donald Trump placed IRGC on terrorism blacklist which drew a fierce reaction from the global community.

Condemning US illegal action against the IRGC, Supreme National Security Council of Iran in return, designated the US Central Command (CENTCOM) as a terrorist group.