TEHRAN, May 01 -Pharmaceutical researchers are beginning to recognize the grave threat the African swine fever epidemic in China poses to the global supply of a critically important pork-derived product -- the anticoagulant heparin. 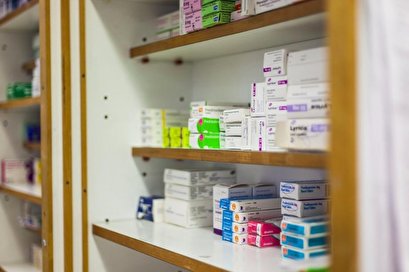 TEHRAN, Young Journalists Club (YJC) -The widely used drug, sometimes referred to as a blood thinner, is made from pig intestines, and nearly 80 percent of those pig intestines come from China.

The disease "has the potential to cause an unprecedented shortage of heparin's raw material," said Paulo Mourao, a researcher at the Institute of Medical Biochemistry Leopoldo de Meis at the Federal University of Rio de Janeiro in Brazil, who co-authored a study predicting a global heparin shortage.

In 2018, China had some 440 million of the world's roughly 770 million pigs. But since African swine fever was first reported there in August, that number has fallen sharply. Early this year, the Chinese government reported culling 1 million hogs to help contain the outbreak.

However, experts believe the actual number of lost animals is far greater -- and will continue to climb.

With no treatment or vaccine for African swine fever (which does not pose a threat to humans) the virus is difficult to kill. It can survive on surfaces for weeks, and is transferred through tics.

RaboResearch Food and Agribusiness recently predicted China will lose between 25 and 35 percent of its herd this year alone -- some 150 million pigs. And many experts believe it will be several more years before China is able to contain the disease.

"If the ASF becomes an epidemic in China, the worldwide supply chain of heparin products should face the worse shortage registered thus far," Mourao said.

But despite the seemingly obvious impact to the heparin supply, information about the extent of a potential shortage, or how it could be mitigated, is scarce.

The U.S. Food and Drug Administration, which tracks and tries to prevent drug shortages, said it is "aware of this issue and the research being done and we are currently assessing potential shortage impact."

The majority of the pharmaceutical companies that manufacture heparin contacted by UPI did not return calls, and those that did said little.

A spokesman for Baxter International said the company was "unable secure a contact to speak about this topic."

And a spokesman for Pfizer sent the statement: "Pfizer continues to diligently monitor our supply situation with the goal to provide a continuous drug product supply. We don't have a heparin shortage."

This lack of information extends to the medical industry as a whole, said Michael Ganio, the director of Pharmacy Practice and Quality at the American Society of Hospital Pharmacists.

"When it comes to drug shortages, we don't have a lot of concrete information," Ganio said. "I cannot tell you where raw materials are coming from. That is considered proprietary information. It makes it very difficult to predict when shortages will happen."

It also makes them difficult to mitigate, he said.

In heparin's case, some researchers estimate that about 80 percent of the raw active ingredient in heparin is produced in China.

There are some alternatives to using porcine-derived heparin, though.

A synthetic heparin is on the market that could be substituted for the porcine drug. However, pharmaceutical companies produce substantially less of the synthetic drug, making it an unreliable backup.

Another alternative is to introduce a type of heparin that is produced from bovine intestines -- something the FDA has been encouraging drug companies to do for several years.

Bovine-derived heparin was used in the United States from the 1940s until the 1990s, when bovine spongiform encephalopathy -- mad cow disease -- was reported in Europe. At that point, drug manufacturers voluntarily switched to porcine-derived heparin, and the bovine drug fell from use.

The switch worked well until 2008, when another viral disease swept through China's hog population, killing some 40 million animals. Then, as now, the majority of the world's heparin was produced in China. So, the supply shortage and price inflation of pig intestines that led Chinese heparin producers to secretly substitute a "fake" synthetic heparin product for the animal-derived one, Mourao said.

The synthetic product behaved like heparin, but had several life-threatening side effects. At least 80 people died as a direct result, and hundreds more around the world suffered severe reactions before regulatory agencies realized what had happened and recalled the drug.

Ever since, researchers around the world have looked into re-introducing the bovine-sourced heparin as a way to diversify the supply -- and avoid situations like the one heparin suppliers currently facing.

But it has not happened yet.

"When you're doing pharmaceutical manufacturing, it's a little different than cooking in the kitchen," said Henri Manasse, a professor emeritus of pharmacy systems, outcomes and policy at the University of Illinois at Chicago. "This is a highly complex process that has to meet national and international standards."

Several issues must be overcome before bovine heparin can enter the market. The two animals produce raw material that differs in strength, and researchers are looking for a way that they can be used together.

It's unclear if the solution will arrive in time to prevent the predicted shortage from African swine fever. But it is clear that failure to mitigate such a shortage could have very serious implications for hospitalized patients around the world.