TEHRAN, May 01 -Astronomers are gaining new insights into the way the Milky Way acquires new stellar citizens. Researchers at the National Astronomical Observatories of the Chinese Academy of Sciences have discovered a Milky Way star that accreted from a disrupted dwarf galaxy. 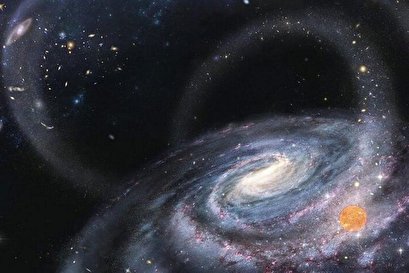 Magnesium is the eighth most abundant chemical in the Milky Way, but it is present in only trace amounts inside the migratory star. What it lacks in magnesium, it makes up for with its surprisingly large reserves of europium, gold and uranium.

"Stars preserve chemical information of their birth sites. We can distinguish stars formed in the Milky Way from stars formed in dwarf galaxies based on their chemical abundances," Zhao Gang, a professor at NAOC, said in a news release.

Zhao and his colleagues estimate the star was acquired when its original home was disrupted in a collision with the Milky Way.

So far, the LAMOST spectroscopic survey telescope has captured more than 8 million stellar spectra for astronomers to analyze.

"The massive spectra provided by the LAMOST survey give us a great opportunity to find chemically peculiar stars," said researcher Xing Qianfan. "This newly discovered star with large excesses of heavy elements provides a window for exploring the chemical evolution of disrupted dwarf galaxies. The star formation in dwarf galaxies is relatively slow comparing to larger galaxies, leading to chemical differences among their stellar populations."

Researchers described their discovery of the stolen star this week in the journal Nature Astronomy.

Astronomers expect the discovery and similar future discoveries to improve scientists' understanding of how the Milky Way evolved.

"The discovery of this chemically peculiar star is a good start of chemical identification of stars accreted from dwarf galaxies. Such stars will be good tracers for exploring the assembly history of the Milky Way," said Zhao.