Boeing 737 slides into river near Jacksonville

TEHRAN, May 04 - A Boeing 737 commercial jet with 136 people on board slid into the St. Johns River near Jacksonville, Florida after landing on Friday, a spokesman for Naval Air Station Jacksonville said. 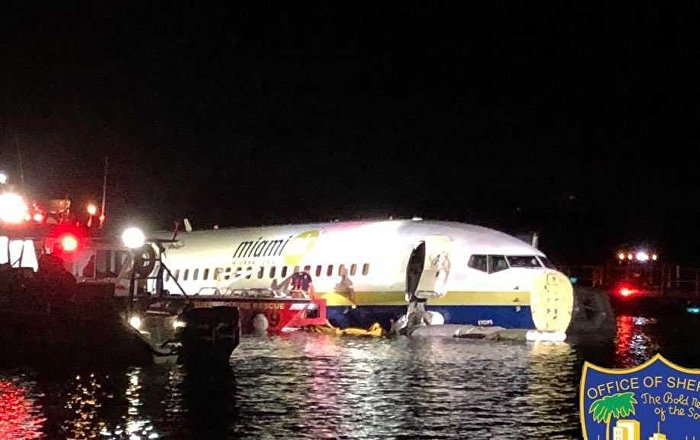 TEHRAN, Young Journalists Club (YJC) - The flight arriving from Naval Station Guantanamo Bay went into the river at the end of the runway at about 9:40 p.m. local time, the air station said.

The mayor of Jacksonville, Lenny Curry, said on Twitter that everyone on board the flight was “alive and accounted for” but that crews were working to control jet fuel on the water.

A Boeing spokesman said that the company was aware of the incident and was gathering information.