Hormone treatment may improve social behavior in people with autism

TEHRAN, May 04 -Hormone-based treatment might improve social function in people with autism, a pair of new clinical trials suggests. 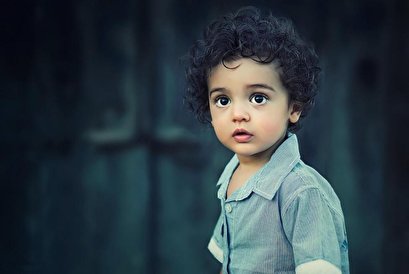 TEHRAN, Young Journalists Club (YJC) -Both focused on vasopressin, a hormone that has been implicated in the brain's ability to manage social behavior.

In the first trial, vasopressin given as a nasal spray helped improve social responsiveness in kids with autism, said lead researcher Karen Parker. She is director of Stanford University's Social Neurosciences Research Program.

The second clinical trial did not involve vasopressin itself, but a new drug that activates the brain receptors targeted by the hormone, explained senior researcher Dr. Paulo Fontoura. He is senior vice president of neuroscience and rare diseases clinical development at Roche Pharmaceuticals.

Men with an autism spectrum disorder, or ASD, who took the drug, balovaptan, experienced clinically meaningful improvement in their social behaviors, the researchers reported.

Balovaptan has the potential "to improve the core characteristics of social interaction and communications in adults with ASD," Fontoura said in a statement.

According to Parker, prior research in animals and people has shown that vasopressin helps promote social behavior in mammals.

"We showed that vasopressin was low in cerebrospinal fluid [among people with autism], and the lower your vasopressin levels, the greater your symptom severity," Parker said. "If we look at where the vasopressin receptors are in the brain, they're in socially relevant areas that have been identified as regulating social functioning."

Parker and her colleagues treated 17 kids with autism with a vasopressin nasal spray and another 13 kids with an inactive placebo spray for four weeks.

The kids treated with vasopressin showed enhanced social behavior as measured by a standardized test called the Social Responsiveness Scale. They also showed improvement in social communication, were better able to interpret emotional and mental states of others, and had diminished symptoms related to autism, such as anxiety and repetitive behaviors.

The patients were split into four groups, and were given either balovaptan at different doses or a placebo every day for 12 weeks.

The men did not show significant improvement as measured by the Social Responsiveness Scale, the study authors said.

But the two patient groups that received higher doses of balovaptan displayed improvements as measured by another scale that assesses socialization, adaptive behavior and daily living skills, compared with those who got a placebo.

Both vasopressin and balovaptan did not cause any serious side effects and raised no safety concerns, Parker and Fontoura said.

"These two studies, taken together, suggest that treatments to increase vasopressin levels in the brain may be helpful for some patients with ASD," Adesman said. "However, much more research is needed in terms of the long-term benefits and safety of this type of treatment."

Vasopressin is already available by prescription, as an antidiuretic used to treat overly frequent urination. Because of this, Adesman is concerned that parents might be tempted to seek an off-label prescription from their doctor for their child with autism.

"I think families and physicians need to be cautious in using this medication on the basis of a single short-term study," Adesman said.

"Given that there are very few if any good medication options for the treatment of ASD, I am sure there will be great interest in this novel treatment approach," Adesman continued. "That said, I think much more research is needed before we can feel comfortable recommending vasopressin as a safe and effective treatment for one of the core deficits in children with ASD."

Both studies have proceeded to the next stage of clinical trial.

Vasopressin currently is being tested in a larger group of 100 children, Parker said.

Meanwhile, balovaptan is the focus of two clinical trials, a phase II study in children and teenagers and a phase III trial in adults, Fontoura said.

The latest findings were published May 1 in the journal Science Translational Medicine.