TEHRAN, May 06 - Protesters in Nigeria's Nembe region barricaded the logistics base of oil company Aiteo on Sunday and briefly disrupted its operations, the company said. 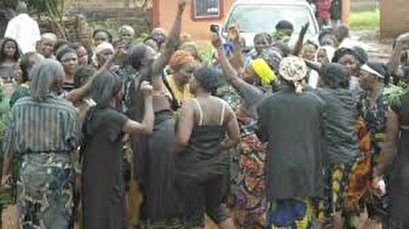 TEHRAN, Young Journalists Club (YJC) - Aiteo had just reopened its Nembe Creek Trunkline, which exports Bonny Light crude oil, earlier in the week after a fire sparked by theft from the pipeline forced its closure.

Aiteo said that after "protracted engagement" with the protesters they agreed to stop blocking the site and present their demands to the company.

Protests are common in the populous Niger Delta area, inhabited by impoverished communities who complain they do not see the benefits of the crude pumped in their backyard.

They often protest at oil facilities since the companies are typically more responsive to their demands than the government.

Aiteo said it was committed to working with the community and noted that it provides services to the area and has contracts with local workers.

But it appealed to them to negotiate rather than block operations.

"These disturbances disrupt our operations and lead to production deferment, which affects not just the company but revenues accruing to the government and people of Nigeria," Aiteo said in a statement.

It did not specify what impact it had on oil exports via the pipeline.