ICC will no longer refer Jordan to U.N. for failure to arrest Sudan's Bashir

TEHRAN, May 06 - The International Criminal Court will not refer Jordan to the U.N. Security Council for its failure to arrest Sudanese war crimes suspect Omar al-Bashir when he visited Amman in 2017, judges said on Monday, reversing an earlier decision. 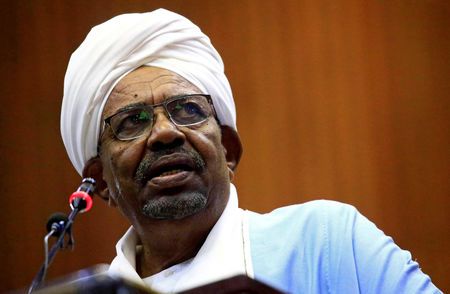 TEHRAN, Young Journalists Club (YJC) - Bashir, who was ousted in April after 30 years in power, is the subject of two ICC arrest warrants over his alleged role in war crimes including genocide in Sudan’s Darfur province.

Jordan had cited head of state immunity - which is customary under international law - as the reason for not arresting Bashir in 2017, but the ICC court said immunity no longer applied to Bashir due to Sudan's alleged war crimes.

In a split ruling, a five-judge panel said that while Jordan should have arrested Bashir, its failure to do so was not grounds for referral because Jordan had tried to consult with the court about the matter ahead of time.

"The appeals chamber confirms ... Jordan had failed to comply with its obligations under the statute by failing to execute the court’s request for the arrest of Mr Al-Bashir and his surrender to the court, while he was in Amman on 29 March 2017," presiding judge Chile Eboe-Osuji said.

But Eboe-Osuji said that referring Jordan to the U.N. for possible sanction went too far.