TEHRAN, May 06 -Up all night, stressing out, feeling pressured. Cramming for college finals can bring all that, plus have students reaching for fatty, sugary foods, a new study suggests. 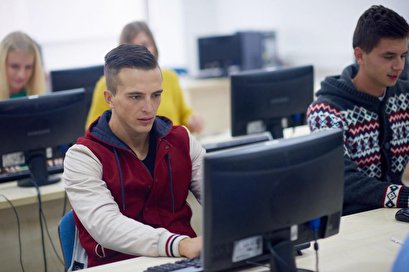 "Our findings looking at the eating habits of students during exam periods confirm this stress-induced dietary deterioration hypothesis," Michels added.

For the study, her team looked at the responses of 232 students at universities in Belgium who completed an anonymous online survey.

The participants completed the survey before and after a month-long examination period in 2017. The students were asked about their stress levels and changes in their eating habits.

During the exam period, students were less likely to follow a healthy diet, and only one-quarter of them met the World Health Organization-recommended intake of 400 grams of fruit and vegetables a day.

The researchers also found that students with higher levels of stress tended to snack more often.

The study was presented this week at the European Congress on Obesity in Glasgow, Scotland. Such research should be considered preliminary until published in a peer-reviewed journal.

"A healthy diet is needed for optimal academic and mental performance. Unfortunately, our findings suggest that students have difficulties eating healthily and find themselves adopting bad eating habits, which over a few weeks can considerably affect your overall health and be difficult to change," Michels said in a meeting news release.