TEHRAN, May 06 - The Taliban stormed an army checkpoint in Afghanistan's western Farah province, killing 20 soldiers and abducting two, the latest in relentless attacks that the insurgents carry out even as they negotiate with the U.S. about ending the war, Afghan officials said Monday. 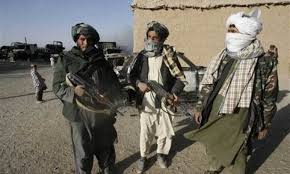 TEHRAN, Young Journalists Club (YJC) - The attack also dashed hopes of some sort of truce during the holy month of Ramadan, which started Monday and when observant Muslims fast from dawn to dusk.

The overnight attack on the checkpoint in the Farah province's Gulistan district triggered an hour-long gunbattle as Afghan troops tried to repel the attackers. The fate of the abducted soldiers was not immediately known, said provincial councilman Dadullah Qaneh.

Col. Qais Mangal, spokesman for the Afghan Ministry of Defense, later confirmed the attack but could not give precise casualties figures.

"I can confirm that an army checkpoint has been attacked and there are casualties among soldiers," he said, adding that reinforcements have been dispatched to the area.