TEHRAN, May 07 - A 25-year-old woman threw an egg at Australian Prime Minister Scott Morrison on the campaign trail ahead of the country’s May 18 election, and was arrested, New South Wales state police said. 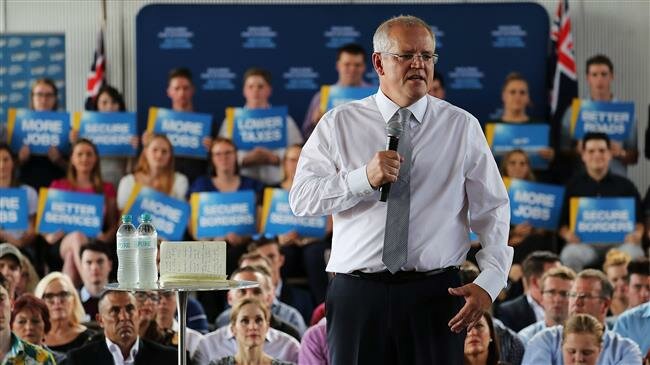 TEHRAN, Young Journalists Club (YJC) -Security guards swiftly pounced on the protester and dragged her away.

Police did not disclose the protester’s name.

The incident occurred during a visit by the prime minister to Albury, a constituency in New South Wales, where an independent candidate is the bookmakers’ favorite as rural voters desert the government.

The woman protester later told reporters that her action “speaks for itself” and referred to Manus Island, in Papua New Guinea, where Australia has long detained refugees, according to a reporter with the Australian newspaper.

In March, a teenager smashed an egg onto the head of a controversial right-wing Australian lawmaker who had blamed New Zealand’s mosque shootings on its immigration program.