TEHRAN, May 07 -"Because there is no direct record of atmospheric oxygen during this time period it has been difficult to determine what factors might have kick started this crucial point in evolution," researcher Tianchen He said. 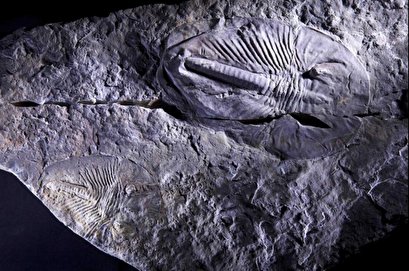 But according to a new study, the evolutionary gas pedal wasn't on the floor during the entirety of the period. There were periods of accelerated speciation, as well as brief slowdowns. Authors of the new study determined the period's ebb and flow was caused by fluctuating oxygen levels.

"The complex creatures that came about during the Cambrian explosion were the precursors to many of the modern animals we see today," lead study author Tianchen He, postdoctoral researcher at the University of Leeds, said in a news release. "But because there is no direct record of atmospheric oxygen during this time period it has been difficult to determine what factors might have kick started this crucial point in evolution."

To map fluctuating oxygen levels during the period, scientists analyzed carbon and sulphur isotopes in ancient rock samples. When scientists compared the timing of oxygen fluctuations, they found it correlated closely with the increases and decreases in the abundance of Cambrian fossils.

"This strongly suggests oxygen played a vital role in the emergence of early animal life," He said.

Scientists measured changing isotope ratios and fossil abundance in the lower Cambrian strata of Siberia. The ubiquitous limestone deposits host rich fossil records and provided ideal samples for isotopic analysis. The deposits also represent an ancient marine ecosystem, which hosted the majority of species present on earth during the period.

"Combining our isotope measurements with a mathematical model lets us track the pulses of carbon and sulphur entering the sediments in this critical evolutionary cradle," said researcher Benjamin Mills. "Our model uses this information to estimate the global balance of oxygen production and destruction, giving us new insight into how oxygen shaped the life we have on the planet today."