TEHRAN, May 07 - Turkish President Tayyip Erdogan said on Tuesday the decision to re-run Istanbul's mayoral election was an important step toward strengthening democracy, describing the March vote as marred by "organized corruption" and illegality. 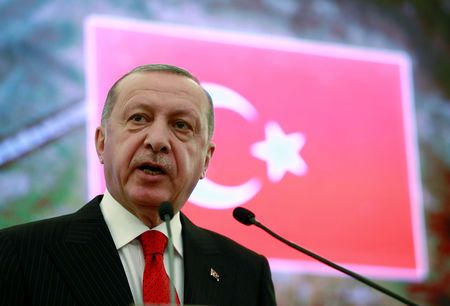 TEHRAN, Young Journalists Club (YJC) - The High Election Board ruled on Monday for a fresh Istanbul mayoral contest on June 23, scrapping the March 31 vote which was lost by Erdogan's party candidate, in a move that drew opposition accusations of dictatorship.

"We see this as an important step to strengthen our democracy," Erdogan told lawmakers from his AK Party in parliament. "We believe there was organized corruption and full illegality in the Istanbul mayoral elections."

The Turkish lira tumbled against the dollar after the election decision, bringing its losses this year to 14 percent as investors fretted about political uncertainty and business leaders criticized the move.

Erdogan said Turkey was facing economic sabotage and vowed to fend off attacks on the economy. "So, what are we going to do? From now on, we will do what we did to terrorists."