TEHRAN, May 08 - At least one student has been killed and eight others injured in a school shooting by fellow pupils in the US state of Colorado, police and local sources say. 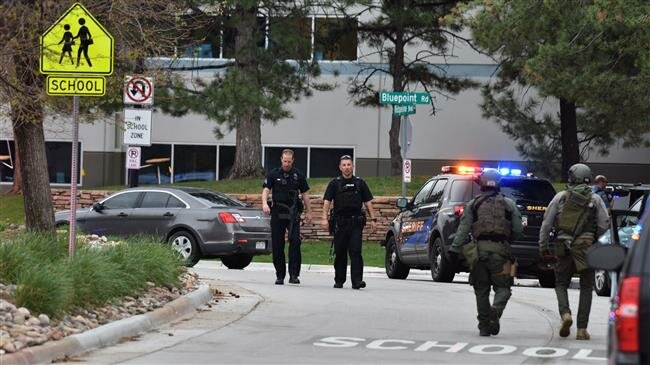 TEHRAN, Young Journalists Club (YJC) - ​The shooting took place at STEM School Highlands Ranch, a public charter school with more than 1,850 students in kindergarten through 12th grades, in a suburban area of Denver on Tuesday afternoon.

The victim was 18 years old and his or her name has not been released. 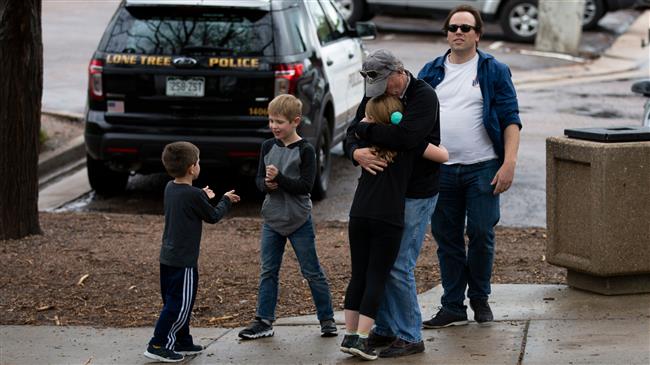 Douglas County Sheriff Tony Spurlock said the gunmen – a juvenile and an adult who are believed to be students of the school – walked into the grounds and opened fire in two separate classrooms before being arrested.

“There were a number of students that were shot and injured. About almost immediately as the first gunshots were fired, the school notified the dispatch centre through our communications centre that there was a shooting at the school,” he said. “About two minutes later the first deputies arrived and engaged the suspects. We currently have two suspects in custody.”

Spurlock said the eight injured students are all 15 and older, adding that two of them are in serious condition.

US President Donald Trump has reportedly been briefed on the shooting and the White House is in contact with officials in Colorado.

“Our prayers are with the victims, family members, and all those affected by today’s shooting at STEM School Highlands Ranch in Littleton, Colorado," White House Deputy Press Secretary Judd Deere said. "Tragically, this community and those surrounding it know all too well these hateful and horrible acts of violence."

The shooting comes just days after two people were killed and at least four wounded at the University of North Carolina's Charlotte campus, the latest in a string of mass shootings across the US.

The number of firearms in circulation has continued to grow in the United States, now at 393 million in a nation of 326 million people, with mass shootings having become a disturbingly regular part of American life.

The worst school shootings to date were those at Sandy Hook Elementary School in Newton, Connecticut, in 2012 that killed 20 young children and six adults.

The US’s gun laws have staunch supporters among the country’s far-right politicians and activists, most of whom are either members of or associated with the Republican Party. Resistance to change in the governing legislation has either nipped in the bud or subverted efforts at enforcement of stricter gun control across the country.