TEHRAN, May 09 - A recent discovery in blood testing could help lead to new treatments for Alzheimer's disease, a study says. 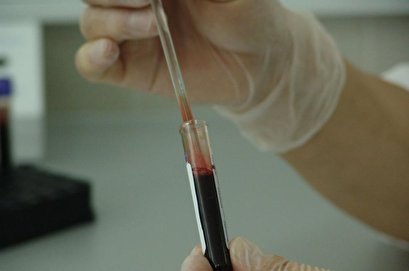 TEHRAN, Young Journalists Club (YJC) -Researchers have found the number of fatty molecules in the blood may contribute to the build-up of the amyloid peptide in the brain, according to research published Wednesday in the journal Alzheimer's & Dementia. Now, they want to take this information and devise a method to test for those molecules in people before any Alzheimer's symptoms are apparent.

"This is the first study in which lipid molecules produced in the brain are found in the blood, as amyloid disposition increases in Alzheimer's disease," Cristina Legido-Quigley, a researcher at King's College and study author, said in a news release. "These fatty amides are known to be neuroprotective and to induce sleep."

"There is also evidence that amyloid accumulates in the brain with lack of sleep, so these molecules may be playing a role in clearing up toxic amyloid in the brain," he added.

Amyloid peptide turns into toxic plaques in the brain that damage nerve cells, the researchers say. This can cause plaque build-up to begin many years before any apparent symptoms of Alzheimer's like memory loss can show.

These fatty molecules grow in number, the researchers say, as a result of lack of sleep.

The researchers observed that the accumulation of fatty molecules had correlated with brain shrinkage and dementia.

"A much-needed pre-requisite for new treatments for Alzheimer's disease is a reliable diagnostic test that could be used to identify people at risk," Legido-Quigley said.