TEHRAN, May 09 - The leaders of eight European countries are calling for the European Union to take stronger action to fight climate change by pledging to cut greenhouse gas emissions to a net-zero level within three decades. 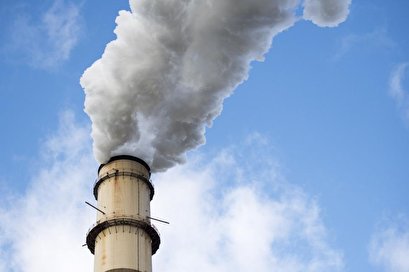 TEHRAN, Young Journalists Club (YJC) -Belgium, Denmark, France, Luxembourg, the Netherlands, Portugal, Spain and Sweden in a leaked report called on the EU to allocate 25 percent of its budget to fighting climate change for the next seven years and reach a net-zero level by 2050. The nations said the EU budget shouldn't finance any policy that stands in the way of the goal.

"Given its tremendous importance for this future, both as a challenge and as an opportunity, the fight against climate change should be a cornerstone of the European Strategic Agenda 2019-2024," the eight governments said in the paper. "Its impacts are already felt all across the EU, with for example the heat waves and scorching fires of last summer."

The benefits, they say, include economic growth, new jobs, improved quality of life and public health and biodiversity.

"By demonstrating that an ambitious and cost-effective transition towards a net-zero emissions economy can go hand-in-hand with prosperity and quality of life for all citizens, the EU will set an example for other countries to follow," the paper said.

Three countries with some of the largest economies in the union -- Germany, Italy and Poland -- did not sign on to the letter. Earlier this year, Germany and Poland also blocked an ambitious plan by the European Commission to cut carbon emissions by 95 percent.

Britain also didn't sign, but was excluded because of its plans to leave the EU.

The Intergovernmental Panel on Climate Change warned last year that mankind has about 12 years to make crucial reductions in carbon emissions to limit global warming.

The United States is in a political battle over whether to exit from the Paris climate agreement. President Donald Trump moved to withdraw the United States from the agreement. Last week, the House passed a bill to block the withdrawal, but Republicans have refused to bring it to the Senate floor.