TEHRAN, May 09 -Three of China’s biggest tech companies are expected to report that they ramped up or broadly maintained their pace of quarterly spending to develop new technology and push into relatively new markets, as current growth drivers stall. 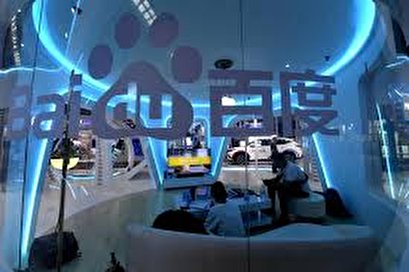 TEHRAN, Young Journalists Club (YJC) -Used to rapid growth rates until recently, Chinese tech giants including Tencent and Baidu are seeking new revenue streams. But that has not come cheap as they shell out more to hire the best in a competitive job market and keep spending to attract customers in a slowing economy.

Social media and gaming company Tencent, search engine provider Baidu and e-commerce firm JD.com are expected to report an average 42 percent jump in operating expenses in the March quarter compared with a year earlier, against a 19 percent rise in revenue, according to analysts estimates from Refinitiv.

The exception - for the latest quarter at least - is Alibaba, China’s largest listed company, which is expected to cut operating expenses for the first time in its history as it tries to shore up its bottom line after a sharp drop in profitability in the year-ago period.

“High quality users are more expensive to acquire than before, and newer users tend to spend less initially.”

Tencent, for instance, is looking for new sources of revenue in its nascent cloud services as it attempts to diversify from its core Chinese gaming business, which has been beset by regulatory problems.

But such diversification helped push up its operating costs 46 percent last year, outpacing revenue growth of 32.5 percent. For the March quarter, the social media and gaming giant is likely to keep up the same pace of spending, pushing down net income by 14 percent.

Revenue growth is expected to have slipped to 20 percent, the slowest in 15 quarters.

Martin Bao, an analyst at ICBC International, said that while revenue could be unlocked in relatively untapped markets such as the older generation in top-tier cities and people in rural areas, returns from such investments would take time.

“The user conversion price is much higher, but the profits will come slower ... the purchasing power of these users is much lower than existing users,” he said.