TEHRAN, May 09 - The world's largest wood-carved Quran measures 1.77 by 1.40 meters and can be found in the Indonesian city of Palembang, as shown in footage from Thursday. 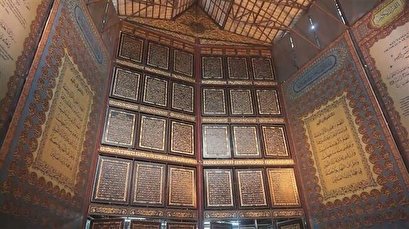 Indonesia has the largest Muslim population in the world, with an estimated 225 million Muslims.