TEHRAN, May 10 - France will not tolerate repeated extensions of the Brexit deadline, a French presidential adviser said on Friday, expressing hope that European elections in Britain would jolt its political parties into reaching a deal on leaving the EU. 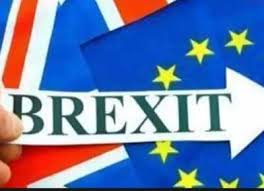 TEHRAN, Young Journalists Club (YJC) - France pushed hard for a short extension of Brexit negotiations last month, contrary to Germany's wish to grant a longer period, arguing that pressure should be kept on London. In the end a six-month delay was agreed by European leaders.

"We must not get sucked into repeated extensions, that's for sure," the adviser said. "Our message is clear: a solution must have been found by October 31."

The French adviser did not close the door on a further extension beyond Oct. 31, but made clear France would continue to argue against delaying talks repeatedly.

"Maybe European elections (in Britain) will serve as a shock to reach a transpartisan deal," the adviser said.